Can you see the dark clouds gathering over your enemies? It’s the formidable Viking Shamans – they’re beating their tambourines, asking the gods for help.

In Vikings: War of Clans, Shamans are your allies. They fight Ghosts, lead troops on marches, and give significant economic and military bonuses. How to summon a Shaman in Vikings: War of Clans

Wise men know how to find a mystical helper and increase the Shaman’s Initiation stage in Vikings. First of all, you need to build the Hall of Mysteries. There you can summon and upgrade Shamans using special items – Charms.

In general, there are six Initiation stages of a Shaman. Remember: in Vikings: War of Clans, the Shaman’s Initiation stage and their level give you more bonuses as you increase them.

The Shaman’s rituals and secret doctrines considerably help the Vikings. The Shaman’s Skills, the uniqueness of which has become legendary, give additional bonuses that influence the military stats of the troops headed by a Shaman, as well as the economic characteristics of your Town. To upgrade Shaman’s Skills, you need special points that you get when your Shaman levels up.

In Vikings: War of Clans, Shamans not only have Skills but also their own unique abilities. For example, Sibba the Bloody influences killer stats, Einar the Free affects siege stats, while Baggi the Big increases the building speed and resource production.

To get more bonuses, you need to upgrade the Shaman’s Skills, craft equipment, and increase your Shaman’s Initiation stage. Vikings can achieve greatness only by working together with a wise associate.

The moment Shamans set foot in the northern lands, the smiths started crafting equipment for them. It’s said that with the help of this unique equipment, Shamans gain incredible strength and become mightier than the greatest of Vikings. Shamans’ equipment gives bonuses to important military and economic stats. Moreover, in Vikings: War of Clans, runes and gems can be inlaid in Shamans’ equipment, giving you a considerable advantage over your enemies.

In Vikings, Shamans do not only lead troops and give various bonuses but also banish unique opponents – Ghosts.

By attacking cruel Ghosts and yielding resources in their Shelters, the Shaman gets rune fragments. In Vikings: War of Clans, runes are of great importance: they increase the economic stats of your Town and the military stats of your troops.

To create a rune, you need to have the necessary number of fragments first. The Hero’s and Shamans’ Legendary equipment can be inlaid with runes. By fusing four identical runes in the Rune Workshop, you get one rune of a higher class.

In Vikings: War of Clans, Ghosts and Invaders are terrorizing the Kingdom’s inhabitants. Only your Shaman and Hero are able to destroy the cunning enemies – send them on a march to liberate your lands and get a reward! 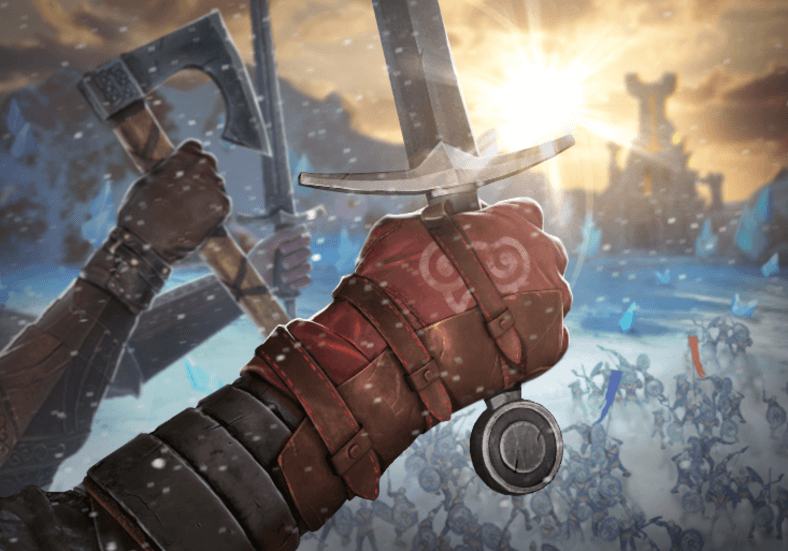